A stud finder may have a few different names, such as stud sensor or stud detector, but it’s basically a handheld tool that can help you to locate the framing studs in a wall. It can be important, particularly if you don’t have drafting plans of your home, because many homeowners need to know where the studs in their walls are, in order to securely install paintings, pictures, mirrors, or even built-in shelving to the walls.

It’s also helpful to know where fasteners or wiring is in the walls, so you can avoid hammering in nails or screws at these locations, which can cause damage.

How Does a Stud Finder Work?

The magnetic stud detector is built with magnets and it locates the metal within the wall by the magnet being pulled toward the metal. The strongest pull will be felt at a metal fastener in the wall, which will generally give the location of the stud, as the drywall is generally bolted down to the wood part of the stud. Hopefully, the building was made with care, and doesn’t have the metal fasteners too close to the edge.

There are two different types of magnetic stud finders: stationary and moving. You must move the stationary detector around the wall, while with the moving magnetic detector the internal magnets actually move toward the fasteners in the wall.

For electronic stud finders, they’re built with sensors that can detect changes in the wall. Some of them can detect metal, while others can detect live AC voltage. For this type, you have the choice of edge finders, centre finders, and instant finders.

Edge finders can find the edges of the stud, while centre finders detect the middle of the stud. Instant stud finders are the most recent invention, and they come with multiple sensors and do not need to be moved around a wall. They can also detect a multiple amount of studs on the wall. These types aren’t as affected by anomalies in the surface of the wall.

Features to Consider When Buying a Stud Finder

When you’re purchasing a stud finder you’ll want to search for specific features to make your task easier. Remember that one stud finder may not be perfect for everyone, so you’ll need to decide what features are more important to you. Here are a few basic features to consider before ordering that stud finder online.

Since there are many different stud finders you’ll need to read the reviews of the top 5 stud finders in the market today to determine which may be the right one for you. If it’s a tool you’ll only use once, a more basic model may suit you, but if you’re a tradesman, you may wish to buy a high-end model full of features.

Here are the top 5 stud finders to help you make your choice.

The CH Hanson 03040 Magnetic Stud Finder is small and compact so it won’t take up a lot of room in your pocket, tool belt, or toolbox. It’s constructed of rare earth magnets that are instantly attracted to the screws or nails in the studs of your wall. You have hands free use after it’s detected them. The CH Hanson sticks to the wall so you don’t even need to mark the walls, unless you really want to.

This finder has been ergonomically designed with a soft grip so it’s nice to hold in the hands. It only weighs 2.4 ounces. This stud finder is also quite durable, and can hold up to being banged around, or dropped on the floor.

How to Use a CH Hanson Stud Finder?

This stud finder is simple to use. All you have to do is place the stud finder on the wall and sweep the tool around in an “S” pattern to locate your metal fasteners. Once it has, its internal rare earth magnets will hold it to the wall. It will stay there, hands-free, so you can complete your task.

The Zircon has an easy-to-read LCD display screen that will tell you where the edges of the studs are. This device also includes a spotlight pointing system that will shine an arrow-shaped light on the wall to help you mark it.

You’ll need to add a 9 volt battery for this stud finder. It’s recommended for drywall style walls, and won’t work well on lath and plaster types.

How to Use a Zircon Stud Finder?

To use the zircon stud finder you need to start with stud scan or deep scan mode. Move it around the wall. If you’ve begun over a stud, the “over-the-stud” alert will show on the screen and this means you need to begin your scan in a new location. There is also the Wire-Warning, which will come up if it detects live, unshielded wiring within two inches deep.

If you find that the readings are irregular, or the signal strength is weak, change it to deep scan mode.

The Studpop is a unique stud finder that is fun and easy to use, and requires no batteries. Its centre pops up when you have found a metal fastener. Many other stud finders only work over sheetrock types of drywall, but this stud finder will actually work with all types of construction materials: sheetrock, plaster, lath, or tile. It’ll even work on ceilings.

The Studpop requires no batteries, and there are six different colours available. It’s extremely small and compact.

How to Use a Studpop Stud Finder?

To use the Studpop you’ll want to move it left to right over spaces of about two feet wide. Then drop it down by two inches and do the next section in the opposite direction, much like a reversed “S” shape. When the stud popper stands straight out, you’ll then know that you’ve found a stud.

To double check, you’ll want to move up or down your location to see if you can find more metal fasteners. You can then calculate 16” to left or right to find the other studs, or you can move your stud finder over to that direction to double check. Don’t forget to press the popper back in again before detecting the next stud.

This electronic stud finder can detect metal through modern sheetrock drywall types of walls, rather than older plaster and lath walls or carpets or ceilings. If needed for those other purposes, check one of the other reviews on this page. The ProSensor is made in a wider rectangular design, enabling you to detect more studs at once, and its LED lights will light up at each location, enabling you to easily mark the wall.

You’ll also know the size of the studs by the number of LEDs that light up. It’s always in deep scanning mode so you won’t have to make any adjustments as you use it. The Prosensor needs a 3 volt battery to work.

How to Use a ProSensor Stud Finder?

Like most stud finders, this one is simple to use. Simply hold the handle of the finder located along the front. You can start it anywhere on the wall, then simply move it back and forth. When it finds a stud, its lights will light up, indicating where the stud is, and how wide it is.

This is the stud finder to buy if you need it to detect studs beneath a wide range of surfaces, including tile, lath, plaster, dry wall, ceilings, or carpets. It can detect wood, metal, and wiring beneath the surface with its three different detection modes, and can go to a depth of 4.75”.

This information is displayed on an illuminated graphical LCD display screen. On it you can see mode, detection strength, and more. There is also an audible detection sound, but you can turn it off if you don’t want to hear it.

How to Use a Bosch Stud Finder?

The Bosch stud finder is simple to use. Simply turn it on, then move it slowly along your wall, ceiling, or floor. There’s no need to calibrate it, as it self-calibrates as you use it. As you move it around, the circular light will turn green when no object is found, orange when an object is near, and red when it has found an object. You may turn the sound detection on or off depending on whether you need it or not.

Choosing the Best Stud Finder Based on Your Requirements

By now you’ll have a good understanding of what a stud finder is and why you need one. From these 5 best stud finders you should be able to find the best one to suit your needs. Most stud finders are quite affordable and you’ll soon discover how indispensable of a tool it is to have in your toolkit for home, or to take out to the job site, rather than relying on guesswork to figure out where the studs are in a building. 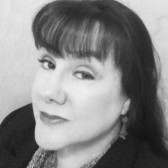 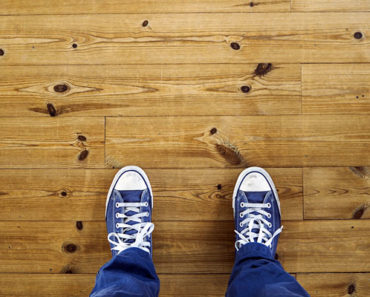 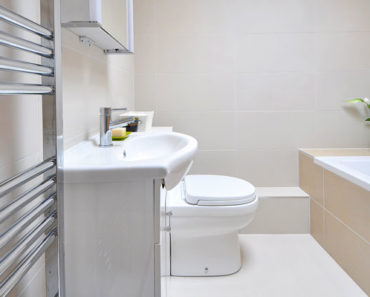